We had arranged to meet up with Sue and Tony Crang from NZ, on Waimanu in Wambrechies. Last year we spent a week on a hire boat on the river Shannon in Ireland together. So it was great to be able to meet up in France again. As soon as we had unpacked and parked the car we went over to say hello – drinks on board followed by dinner in the bar / restaurant beside their boat! Lovely welcome return!

Saturday was, predictably, tidying and shopping day but we joined them for dinner on board that night. Since they were moored in front of the bar we met the ‘Wambrechies’ crowd too – most notably Brigitte, Natalie & Jean-Michel. Being kiwis dinner included a BBQ and they had various requests from people having a drink outside. Later there was live music in the bar and so Tony and I were able to join in the dancing with them all! Great fun!

On Sunday we were able to take Tony and Sue to visit my 2 favourite places in the area – Villa Cavrois (art deco chateau) and La Piscine (museum and art gallery in former art deco swimming pool). I’ve covered these places previously so just a couple of photos to remind me / you! 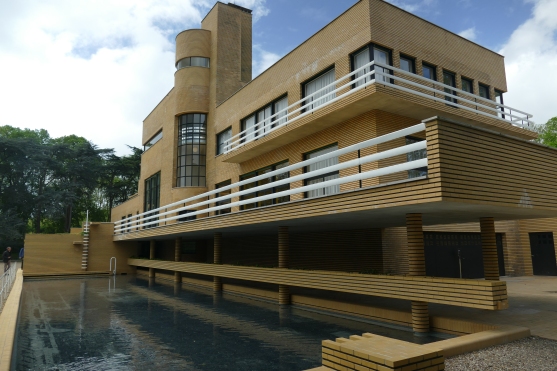 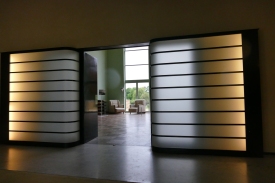 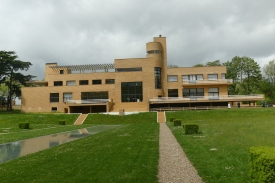 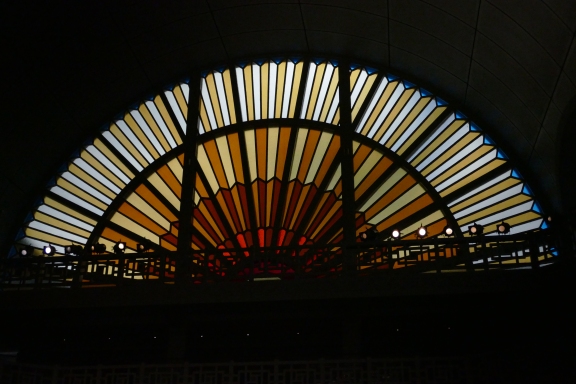 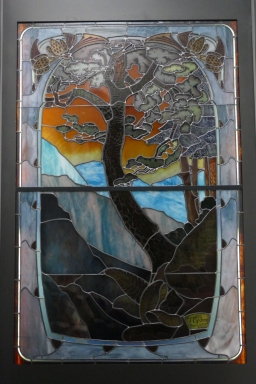 We had to be back in Wambrechies for aperitifs with a Australian couple, Bob & Karyl, whom Tony and Sue had already met. They have been on board for 5 years and have sailed it all the way from Adelaide! Can’t remember where they are aiming for …….. their stories were many …….

We left Tony and Sue with them and joined the Wambrechies crowd in the bar. What a hoot! I have trouble keeping up with the banter in french – Adrian doesn’t, and has to explain some of the jokes for me. Definitely lose soimething when it has to be dissected!

For example …… ‘Maggie’s dress’ ……. well that’s what it sounded like to my English ear …….. actually ‘ma guise dresse’ …….. which sounds the same but means ……my penis (slang) stands up! You can imagine the hilarity when I questioned what was wrong with Maggie’s dress! Definitely loses something in the translation.

I think our table was the loudest! A young motor biker kept looking and smiling at out antics. And Alain, the Capitaine & ‘animator’ of the port, made sure that the Mayor said hello to the visiting Anglais when he came out of the bar!

So Monday morning we said goodbye to Tony, Sue and Wambrechies & headed for Don where we knew we could moor peacefully that night. Needless to say another boat arrived – eMCee – Maggie and Colin from Brisbane in Australia. He is originally from UK and she from Poland. So our quiet night in turned into a bit of a session on Piedaleau. Maggie works half the year as a private Neuro Psychologist so she was fascinated to hear about the study Adrian is involved in and the memory tests he was given.

Tuesday we headed off quite early, cruising for about 8 hours to get down to Marquion, just outside the lock, and a very quiet, early night!