The current owners bought the dilapidated old customs house in 1999. They spent 3 years restoring & converting it for its use as a B&B. A further couple of years were then spent creating a Japanese style garden; beautiful & peaceful.  Complete with water features, koi carp, a gazebo & artfully placed rocks. Throughout the building examples of Christine’s pottery are on display and her partner is a metal craftsman who constructed the staircases etc. A truly lovely place in which to relax and escape from the listing building site which is Piedaleau at present! I think it might have just about saved our sanity. 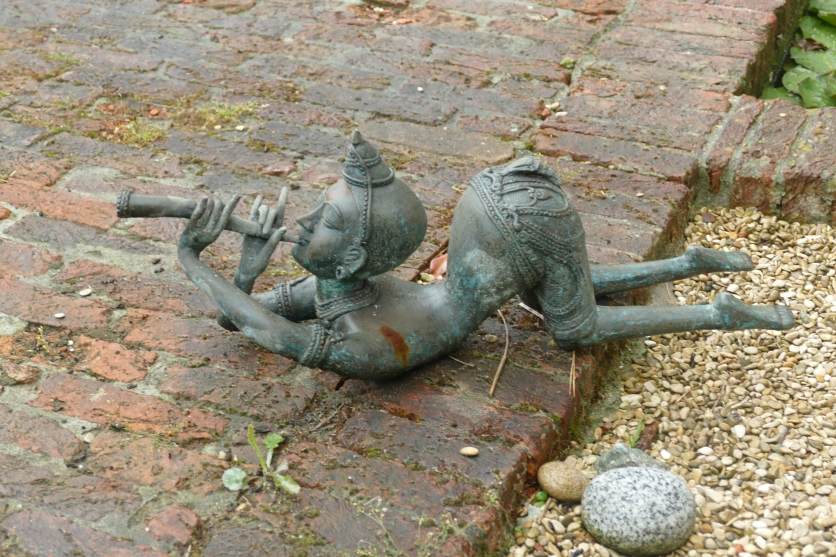 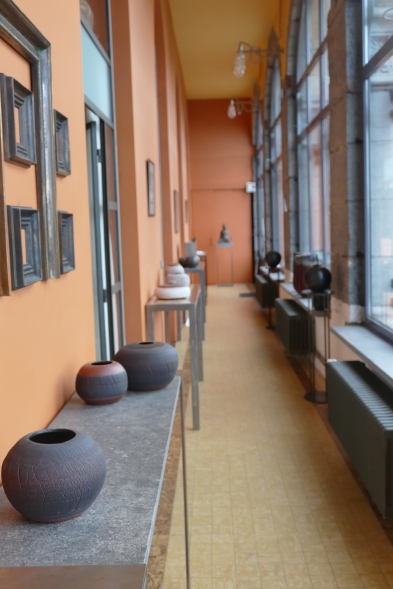 It was  looking as if we could well be ‘up in the air’ for sometime so on Saturday (8th June) we took ourselves back to Wambrechies (walk, bus, train, walk, bus) to collect the car so we could be more independent. Zelzate is literally on the Belgian / Dutch border, only a few kilometers from the sea at Turneuzen. So we drove there on Monday to have a look at the huge sea locks through which all the H U G E ships we have been seeing come in & out of Belgium.

We also visited the quaint little town of Sas van Ghent. Enjoyed walking around the town and seeing the historique ships by the auld lock. 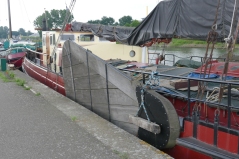 Further sanity saving came in the form of an invitation from Diana & Chris to join them on Esme for a few days. We went by bus then train to meet them in Liege, cruised down to Namur before training and bussing it back to Zelzate. It was lovely to see them! Also caught up with Jo & Tim ( Maria of Zaandam) and Christine & Pete (Elodie) whom we met at the Ghent rally last year. All in all a delightful weekend! 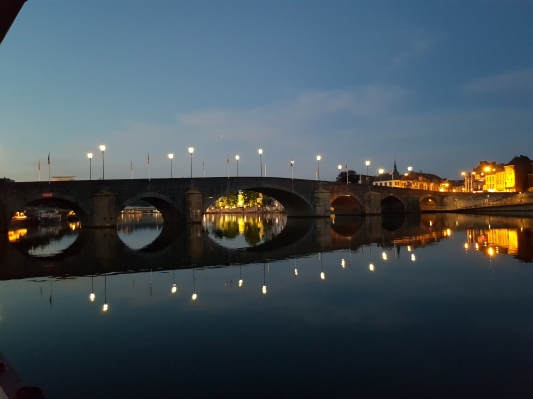 Another lovely place we found through the recommendation of Joeri, whom we met last year and who saw Piedaleau ‘up in the air’ when he came to the boatyard. A friend of his runs the somewhat alternative Cafe Passe on the outskirts of this village. We sat outside, overlooking the fields eating spaghetti (only available on Friday evenings) and supping good beer. We passed a newly opened Thai restaurant in the middle of the town which we also visited and thoroughly enjoyed!

Using Zelzate swimming pool helped me cool off and calm down too. Particularly when I when I went for an ice cream or Adrian met me for a beer afterwards.

The things one has to do to maintain one’s sanity!

2 thoughts on “Maintaining our sanity”