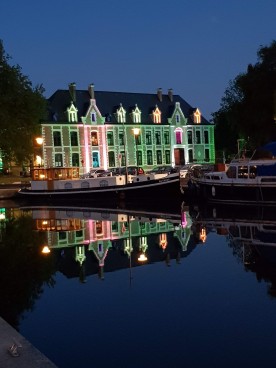 We left Wambrechies on 28th May aiming to take a few gentle cruising days to get to the boatyard at Zelzate on the Belgium / Netherlands border. We retraced our route stopping at Menen, Deinze & Schipdonk lock. We had intended to stay a couple of nights at Deinze but were told that the whole quay was booked for a local boat club so we could only stay one night. A huge fair was in town so we were happy to get out to the peace and quiet at Schipdonk lock. I’d thought this was a big lock but its not at all and is, in fact, self operated now (altho we couldn’t quite see how) and a narrow canal just goes up to Eeklo.

We therefore came down to Zelzate a couple of days earlier than expected. We were really pleased that the big lock at Evergem turned out to be fine. No probs! Then onto what can only be described as a HUGE shipping motorway with H U G E ships ploughing up and down. Basically the whole area is a port for ships coming into Belgium via the sea port of Terneuzen in the Netherlands. 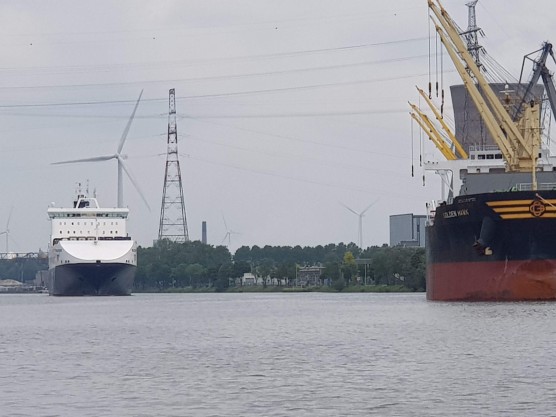 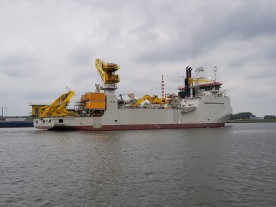 Sooooo relieved when we finally made it to the little harbour at Zelzate! After speaking with the guy at the boatyard we headed into town for a beer or two……. Really bizarre to be moored in front of the Old Customs House, amongst ‘little’ boats with monsters all around!

Late on Monday (3rd June) morning we went round to the floating pontoon contraption and were raised up and out of the water. Not exactly fun but we are up in the air! That would be fine but the boat is listing quite a lot which makes walking about rather iffy! We spent Monday night on board but have now decided, for our sanity and rest, to book into the nice B & B in the Old Customs House beside the boatyard. 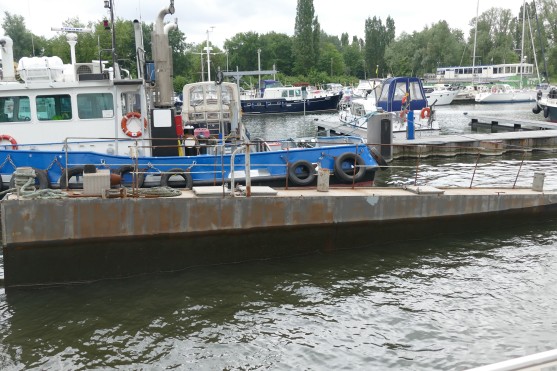 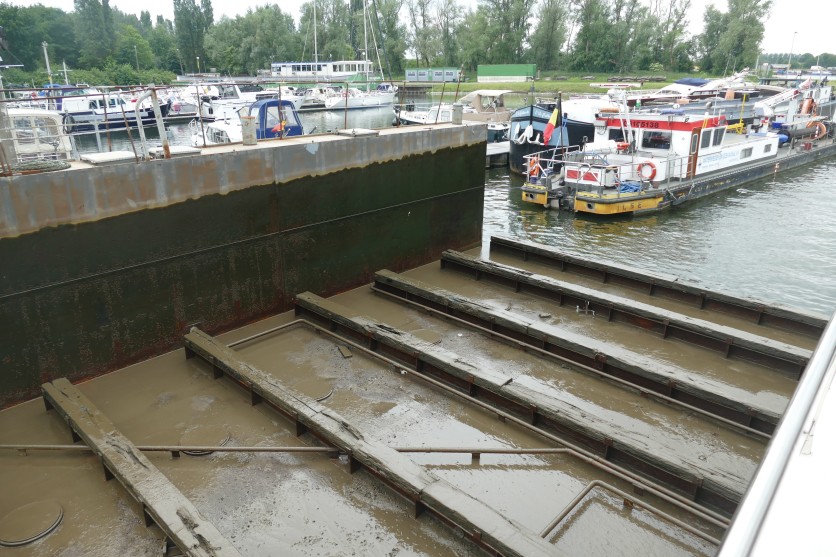 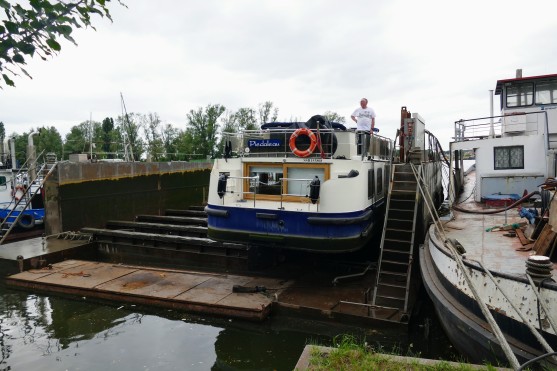 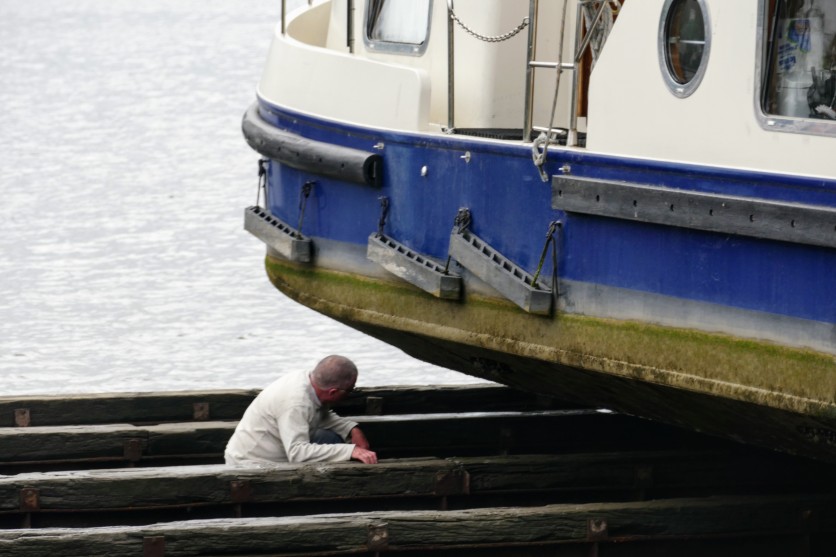 The underside of the boat isn’t too bad as regards crud but there are some stowaways ….. little mussels attached in places! Piedaleau will have a good clean up whilst she’s up in the air! 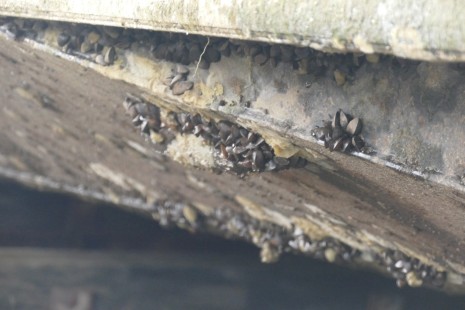 Now we wait to see what the experts think are the problems and how they can fix them! We’ll probably need more beer whilst this is happening and a Wambrechies gin or 2 when we get the bill!