We returned to the boat in the little port at Seneffe on 29th August. We had intended to divert via Rye to visit my dear old friend Pat (about to be 98 yrs), as he has been under the weather over the past year or so and is now living close to his daughter. However, I suddenly developed vertigo and found sudden movements really debilitating so we decided to delay our trip until I could go to he doctor. I did some research on the web and discovered it was probably ‘benign positional paroxysmal vertigo’ and is treated by means of the Epley manoeuvre (involves having your head moved into and held in various positions and then following some guidelines). The point of this is to tell you that my GP carried out said procedure and it was unbelievable! Next day I was completely back to normal. Amazing! So back to the boat we came…

WC update: while we were home we bought new internals for our infamous orchestral toilet. We were certain this would sort the problem and Adrian got straight down to fitting the new gubins as soon as we got back. Suffice it to say it made no difference (except to our bank balance) – within a few flushes it was whining like mad again! And mad is exactly what we were feeling. We tried taking more bits off, cleaning them, replacing them, but all to no avail. Then eureka!!!!! We discovered an air vent at the top of the pipe system, that has a little one way valve in it ……. poked it with a wooden kebab stick, took it off and cleaned it out ………. and bingo …….. fixed …….. no more whining!!!! I cannot describe what a small job it actually was once we found the culprit. It cost us several hundreds of £ and goodness knows how many hours ……….. but all that was needed was a kebab stick!!!!

Flushed with our success, we decided to stay around this area and find out more about it.

Musée Royal de Mariemont – we actually stumbled across this beautiful place while looking for the supermarket. A large park with an arboretum, which once formed the estate of a chateau built by Mary of Hungary, surrounds the museum. We particularly enjoyed the temporary exhibition of Galen medicine. Aurelius Galen (130 – 210 AD) contributed a substantial amount to the Hippocratic understanding of pathology. Under Hippocrates’ bodily humors theory, differences in human moods come as a consequence of imbalances in one of the four bodily fluids: blood, yellow bile, black bile, and phlegm.

Chateau de Seneffe: built in the 1760s as a grand residence for a wealthy entrepreneur. Internally the rooms house elegant settings – superb parquet floors, (we had to walk on with special overshoes), clocks, silver and gold ware. As we finished our walk through the rooms an a capella trio of young men (Les Garcons s’il vous Plait) went from room to room providing a delightful musical interlude with a comic twist. Loved it. 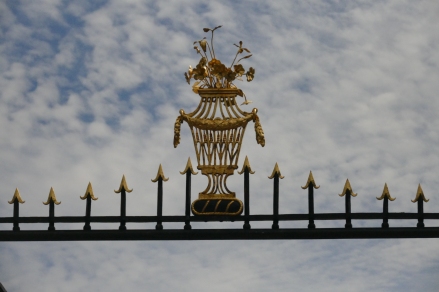 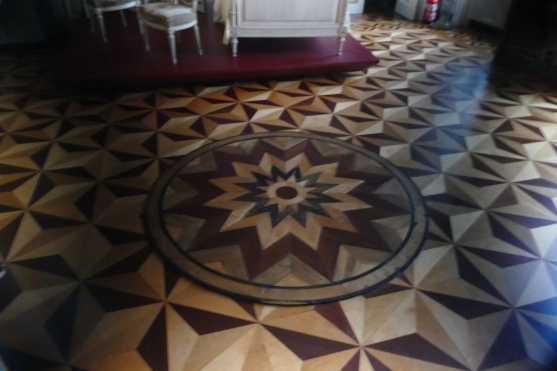 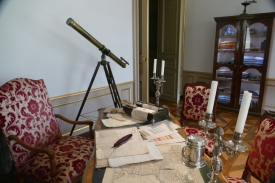 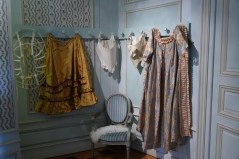 The grounds were beautiful and there were a series of sculptures by  Félix Roulin  displayed through the gardens.

This area is very industrial and was a significant mining area for more than two centuries. At Bois-du-Luc a mining village has been preserved in its entirety –  industrial buildings, school, hospice, bandstand, workers’ houses and church. A very paternalistic approach to the workforce.

There are over 200 terraced houses built in a grid formation – many still occupied but now several are boarded up. The museum is run as a community project & we talked to one of the directors. Unfortunately they are now in financial difficulties – the houses require renovation and modernisation but there are no funds to do this. The aim is to sell off a proportion of the houses in order to fund the work for the rest. Unfortunately the asking prices are out of kilter with local price so it is not expected to be successful. Many of the existing residents are descendants of the Italian miners who came to the area 2 generations ago to work in the mines – there is little other work in the area – we saw signs for social workers’ surgeries. Rather a sad place.

2 thoughts on “Return to Piedaleau”