We arrived in Seneffe on 11th July, with another boat which had been intending to go towards Bruxelles but discovered there were problems on that waterway so came in beside us and then decided to return to Thieu (where they had started from that morning) so that the lady could return to work on time! We were given a good mooring away from the visitors’ pontoon as we had booked the boat in for the 6 weeks whilst we returned home for various family commitments. We were told there is a Michelin starred restaurant nearby, and so Adrian booked a table for the following night, my birthday! Amazing – moored in a funny little place, fairly small town nearby and yet within 20 minutes walk of Au Gréz du Vent, a fabulous restaurant on the outskirts of the village. We had the tasting menu with the suggested wines and it really was superb! Just as well we were walking back to the boat! 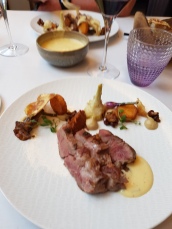 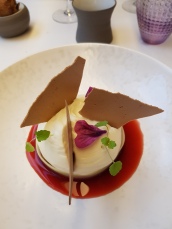 The next day saw us up and at ’em early to head home, complete with the knackered internals of the ‘orchestral toilet’! We will get a new internals whilst home and replace it on our return – I use the royal ‘we(e)’, you understand….

We have had a busy time at home……

Martin & Jacqui (NZ boaty friends from France) and Elaine & Bradley (Canadians – met on Royal Clipper in January) all came to visit for a couple of days soon after we got home – we had a really fun time all together.

Adrian had parental duties to fulfil – Liam went off on a World Challenge trip to Sri Lanka mixing some touristing, hiking and voluntary work in a local school. Seemed to have really enjoyed the experience apart from the fact that he, and some others, became ill towards the end of the trip. In fact Liam had to go to his GP to get antibiotics for a particularly nasty strain of salmonella; not nice at all but he is much improved now.

We managed to spend some time with Lisa and Freddie and took Fred to visit The Deep, a huge aquarium place in Hull. Very good place but it was too hot to walk anywhere when we came out – bought an ice cream and headed back to Lincoln. Last weekend we went to Tolethorpe Hall, amateur Shakespeare company, to see The Merchant of Venice – Christmas present from Alex & Lisa. We all (Alex’s mum and partner too) picnicked in the grounds of the Hall before the performance, the weather was superb, we had good seats and it was an excellent performance. A really lovely evening.

It was incredibly hot here (same as everywhere) for quite some time but has now reverted to a normal British summer!  I have not used my awnings over the deck as much in the entire 18 years as I have these last 5 weeks. I think we were probably able to keep cooler in the house than we would have on the boat and I was able to go swimming almost daily at the marina beside us. Warnings of food price rises are coming out because the hot weather has adversely affected crops – carrots 74% more expensive!

Cruising on the Shannon with Tony & Sue Crang

Tony and Sue were spending a month in Ireland before returning to NZ and were hiring a boat on the Shannon for a week – so we all had a bit of a busman’s holiday! And thoroughly enjoyed it!

Different from France and Belgium in many ways …… the first bridge we came to was interesting – it is only opened at particular times so you have to wait and then there’s a bit of a free for all as all the boats want to get through while its open! Tony made sure we were first in line…… 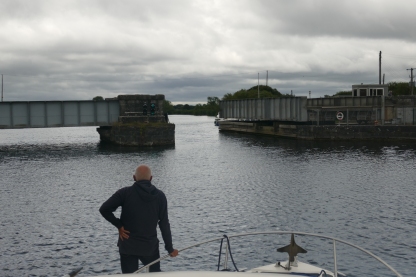 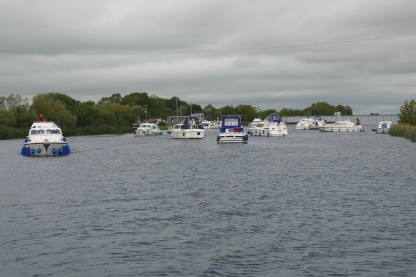 We tried to stop in as many different places as we could in our rather short week and the weather only let us down in the last couple of days. Crossing Laugh Dern was more like being at sea than on a river, especially on the Thursday when we had about 3 hours to get to Ferryglass and the wind got up! Tony’s sailing experience came in very handy for spotting buoys and steering in the high seas! At one point Adrian went below decks to lay all the bottles and glasses down to avoid breakages as we were tossed around. I sat still and held on tight!

Our first stop, Portumna, was particularly interesting. The castle, which has undergone quite extensive renovation, and continues to be improved, was fascinating. The church in the grounds was also interesting and the whole was completed by an excellent tea shop with cakes! 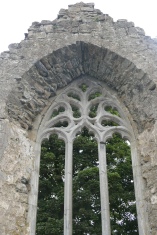 By the end of 18th century poverty was widespread in Ireland and over 2 million people were at, or near, starvation. In 1838 the Poor Law Act divided the country into 130 unions, later further 33 added, and each had to set up a workhouse via taxation of the landlords. 163 workhouses were built between 1840 – 1853. George Wilkinson, 24 years old, was appointed in charge & most were built to a set design. Designed to cater for 80,000 people but many more were crammed in as the the situation deteriorated. Whole families entered the workhouse to avoid death by starvation. They were separated on entry and may never see each other again. Only children under 2 years were allowed to stay with their mothers. Many opted to be sent to emigrate – many didn’t survive the sea journey and women were sent to ‘marry’ and produce children. 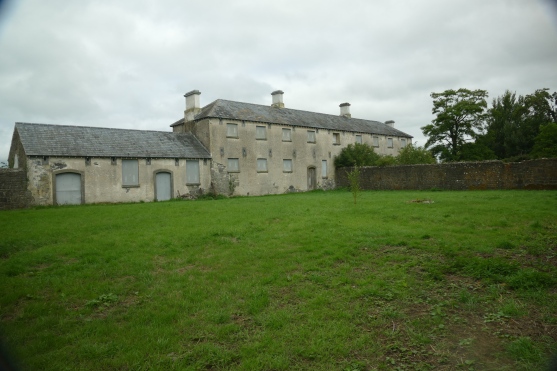 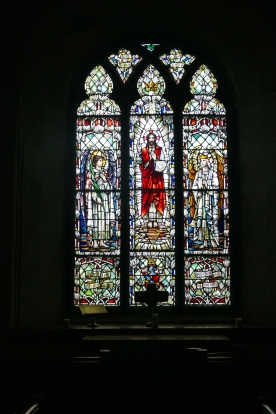 Holy Island and a castle beside the water’s edge – when we got back to Banagher we heard that one poor hirer had gone over to Holy Island by dinghy and got stuck when his outboard motor failed! Not sure how long he had to wait to be rescued! 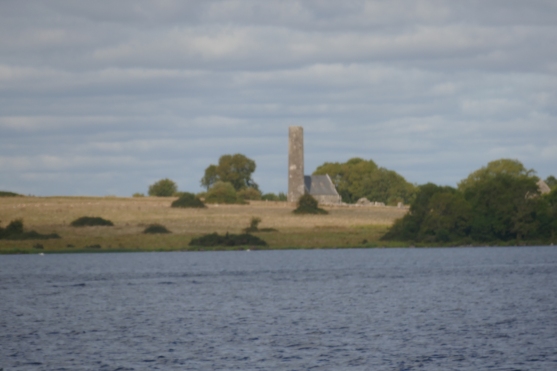 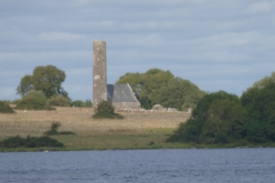 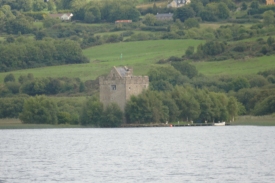 Some of the little ports we went to were picturesque but there was little in the villages – just pubs, hairdressers and the occasional little shop. 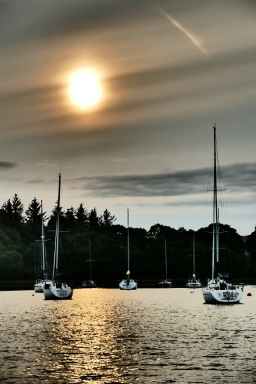 On Thursday when we crossed the Laugh in the wind the little port of Ferryglass filled up rapidly as boats came in for shelter – interesting to see how boats were being thrown about – everyone lent a hand to get everyone safely moored for the night. 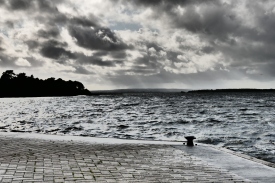 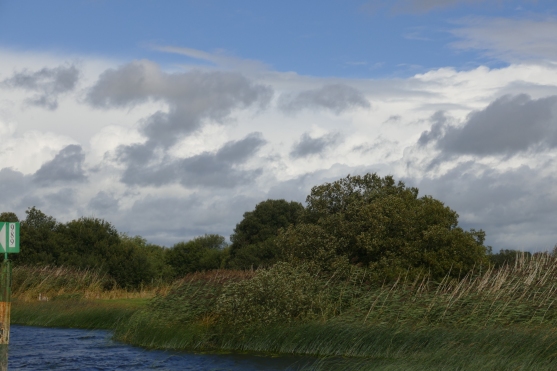 2 thoughts on “Summer at home”