We left Mons, crossing the Grand Large, in amongst the dingy sailing races! Bit of a challenge working out when to go exactly so as not to interrupt this important event. 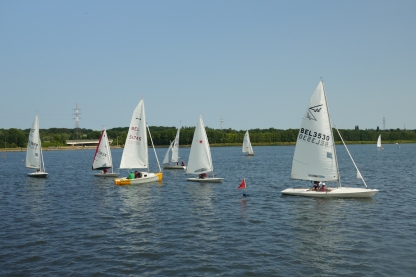 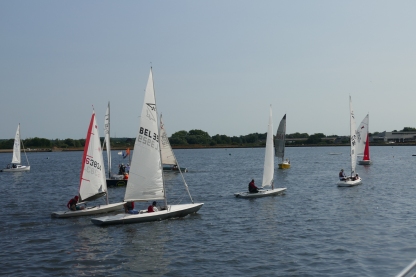 Onwards to Thieu, to moor for a couple of nights before tackling the Acenseur Funiculaire de Strépy-Thieu and arriving at our final port of call at Seneffe where we are to leave the boat whilst we return home for various reasons.

The mooring at Thieu – Yatch Club des Deux Ascenseurs (YCDA) is delightful and is managed by Jon, a good friend of Chris. You come through a lock off the main canal so there is no wash from the big boyos which hammer along the Canal du Centre. 3 small speed boats came through the lock with us – kids lying on the back of the boats without life jackets – one boat tied onto us, the other 2 just floated about whilst the 6m lock filled and we hung on for dear life so that 30 ton Piedaleau didn’t try to squash them! YCDA is at the end of the Canal Historique which has the 4 old ascenseurs, still operational, but the old canal past the Yatch Club is no longer in use – only for walkers, fishermen etc. Again lots of wildlife to see – including another Osprey! Jon confirmed there are a pair hereabouts and that he often sees aerial fights.

The Canal du Centre was built between 1882 and 1917 & was used to transport raw materials and goods to the North Sea, France and Germany. The original canal tackled the 223ft rise in the land with locks & 4 hydraulic boat lifts between Thieu and Houdeng-Goegnies. Boats – one going up, one going down – enter a pair of metal counterbalanced containers. As water is pumped one goes up and the other goes down. These lifts are still in operation for pleasure craft on the Canal Historique – we will come down that way in a few weeks. 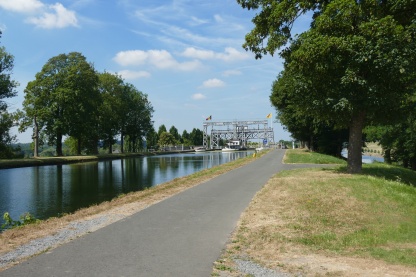 After nearly  century a more efficient system was devised for a new cut of the canal to take boats of the modern era. The Strépy Ascenseur deals with the 73m rise with a single, huge lift. Built between 19982-2002 the Ascenseur Funiculaire de Strépy-Thieu is an amazing sight, dominating the surrounding countryside, canal & villages. 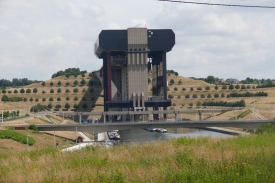 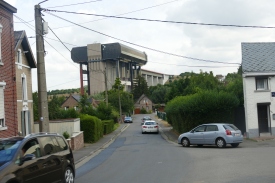 Two independent water filled basinettes raise and lower boats the full 73 metres. We walked over to have a look before taking Piedaleau to play on this towering edifice! It is amazing!! 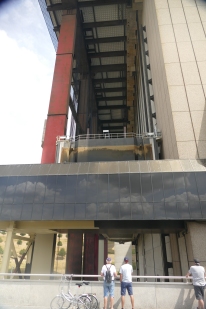 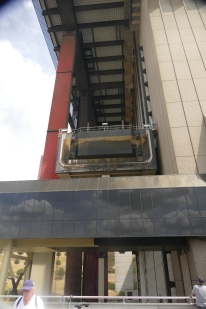 And all under the control of one man pressing the buttons!

So, Tuesday 10th July saw us up and ready to get going early. We struck quite lucky, arriving at the waiting area for the Ascenseur by 9.30am along with another 3 private boats. We had to wait for the lift to take one load up and then return with another before we were ready to enter the basin – took well over an hour! Then our little convoy of 4 pleasure boats went in …… the water in the basin gets equalised (so you have to watch your ropes) …. and then up, up, up and away!  Ascent takes about 15 minutes and is really smooth; you get some good views….. and it looks just as imposing from the other direction! 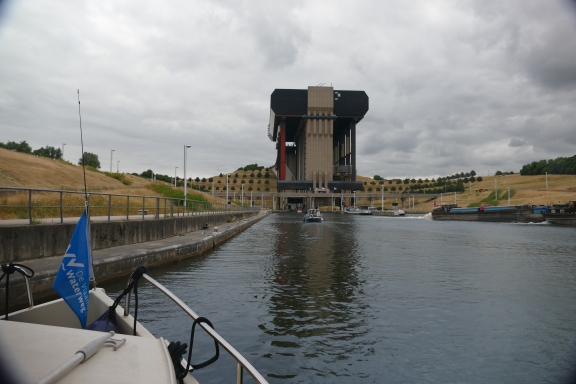 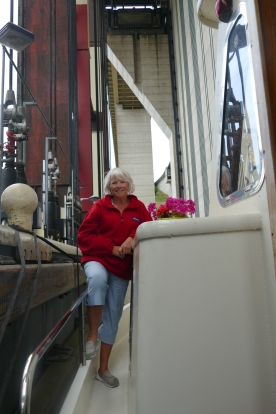 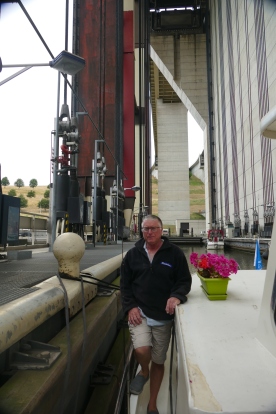 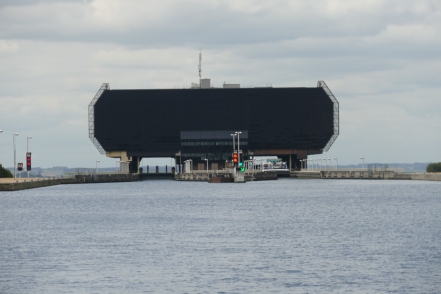 One thought on “Thieu & the Ascenseurs”