Our little convoy with Chris (Laura Marie) continued from Peronnes to Pommeroeul. This is an interesting mooring, on a pier-like structure in front of the 15m deep lock at the head of the unused Pommeroeul-Condé canal. The lock is manned, 2 guys seem to be there all day although what they actually do all day is beyond me! We have heard a couple of differing views as to what has happened here. 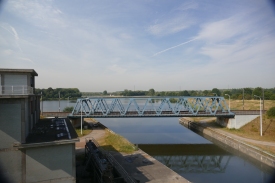 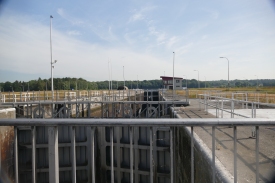 A local cyclist told me that the canal was a joint Belgian-French venture. In 1974 the Belgian side – 15m deep lock, 5kms of canal, second 10m lock – was complete but the French never carried on the construction so the whole project was frozen. Another source told us that this was not a completely new canal, rather a joint reconstruction of an older canal that was bombed during the war and rendered unusable. New or reconstructed …….. whatever, what you see is a huge lock and 5kms of canal only used by cyclists, walkers, fishermen and jetskiers! The second lock is not manned but has obviously been vandalised over the years. The 3 of us cycled the length of the canal just because we could. 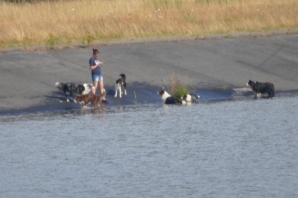 The mooring on the pier is lovely – really peaceful with lots of wildlife to hear and see – butterflies and bees on the wild flowers. There was an aerial fight between 2 gulls and a large bird of prey. We thought it was a buzzard but from Chris’ photo he identified it as an Osprey. Never knowingly seen one of them before! 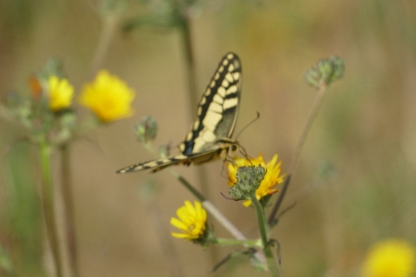 Another Piper boat came in (so many in Belgium!), Archangel, so we had drinkies on Chris’ boat with Tony and Nicki. They are also coming to Bruges for the winter so it was good to meet them.

So we stayed 2 nights on this quiet, rural mooring, before waving bye bye to Chris and continuing along the Canal Nimy-Blaton-Peronnes to the Grand Large at Mons. What a difference – busy, noisy, unwelcoming! 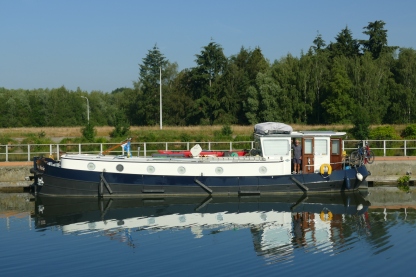 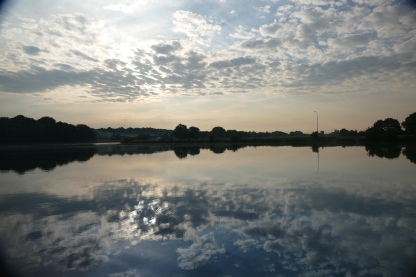 Adrian had a longer and more difficult than expected cycle ride to go back for the car  – good he could have a drink with Chris before returning. Frog hopping the car along with us is,at least, keeping him active.

On Saturday we took ourselves into Mons for a little bit of ‘touristing’. The first thing we did was to find and buy a blue parking disk having received a parking fine in Tourai because we didn’t have one. The blue disk is different to the UK blue badge for disabled. There are places where you can park for free for a limited time providing you show, by means of the blue disk, when you arrived. So now we know and are suitably equipped.

The Grand Place in Mons has a rather magnificent Town Hall which was in marriage-conveyor-belt mode whilst we were having lunch in one of the restaurants. Children, some in wedding posh gear played in the fountains as everywhere. The highlight was the Belfry although it took us a little while to find the entrance. There is a large clock, carillon bells and panoramas. The tower has been renovated several times over the centuries and has had been important to the town for time telling, fire watching and alarm giving. It is now a UNES 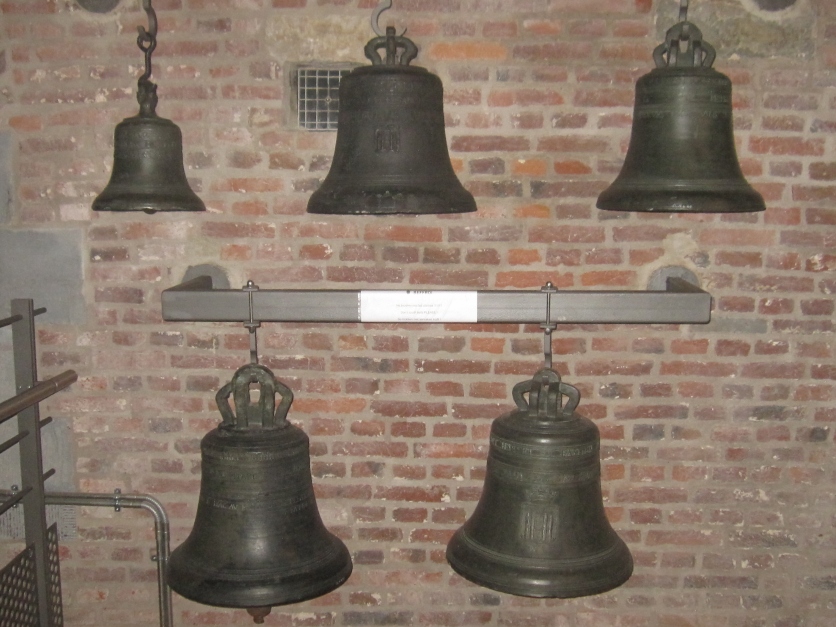 We returned to the boat to watch Wimbledon on the TV – Raffy Nadal was in fine form – and the football – England beat Sweden to get through to the semi final!

Quite a few boats came into the marina and one with a kiwi flag caught my eye. ‘Beau Jolie’ . …… thought I recognised the name ….. checked me boat cards book …. and found that we had met Robert and Suzanne at dinner in Akaroa (NZ) at Sue and David’s back in 2016! Sent a quick email to them and we met for drinks at 6pm which turned into dinner because it was so good to meet them and their daughter, Rebecca, again. Excellent evening! 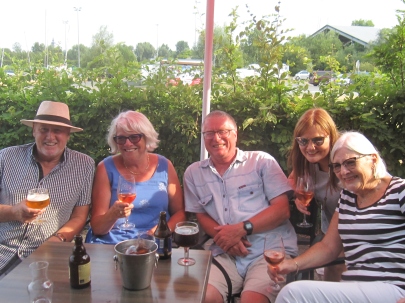 Leave a Reply to John and Michele Ruocco Cancel reply